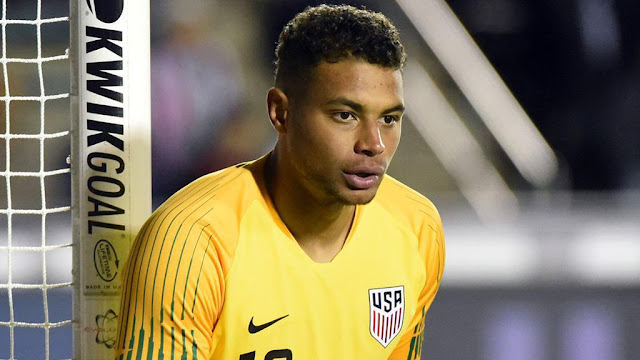 It seems like the United States is slowly getting attention in the world of football (or soccer as they want to call it).

Reports are that the United States Men's National Team and Columbus Crew goalkeeper Zack Steffen is nearing a blockbuster transfer to Manchester City.

The two parties involved are said to be nearing a deal that will pay the American keeper between $7-10 million to transfer from MLS to the Premier League.

They are just waiting for January next year, when the Transfer Window starts.

The goalkeeper of the future?

The rumored move to CIty will make him second American goalkeeper to play for one of the top Premier League teams.  Tim Howard was the other as he played for Manchester United from 2003-2007.

Other keepers  to have played for a Premier League team are Kasey Keller, Brad Fiedel, and Brad Guzan.

Steffen is just 23 years old but has already been making waves both for the USMNT and Columbus Crew.

He has been touted as the future of the position, having already won the 2018 MLS Goalkeeper of the Year after a year taking over the starting job.

The current squad of Manchester City is stacked right now based on how they are performing this season.

Work permit and contract obligations aside, Steffen will most likely back up Ederson on goalkeeping duties, after a season ending injury to original back up Claudio Bravo.

Steffen will definitely benefit from the level of training he is bound to receive when he arrives at the Etihad Stadium.

It looks like the current United States team looks to send their players to sabbaticals in Europe starting out with Steffen.

Is Zack Steffen the goalkeeper of the future? Will his raw talent be developed once he becomes part of the Sky Blues? Let us know your thoughts.