Khabib Seeks $50 Million for Next Fight 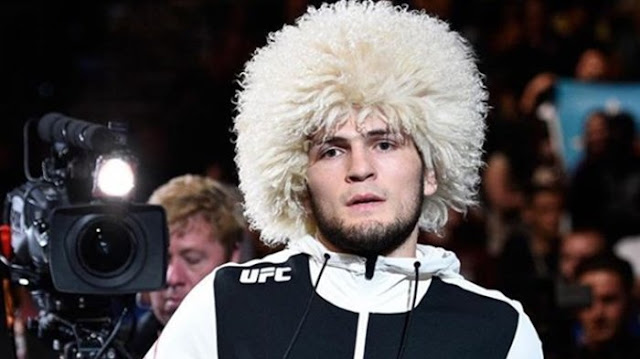 After beating UFC moneymaker Conor McGregor in dominant fashion, UFC Lightweight Champion Khabib Nurmagomedov is now demanding what he thinks he is worth.

According to Khabib's manager Ali Abdelaziz, Khabib's asking price has gone up to a whopping $50 million. It makes sense though since McGregor got around the same amount in pay-per-view shares alone.

Abdelaziz is concerned however with the names that are potentially next in line for a title shot. He thinks that none of them can draw at least $200,000.


Who does Khabib fight next?

UFC Welterweight Champion Tyron Woodley and Ben Askren are the first names that pop out as possibilities, shall Khabib decide to fight at welterweight.

The lightweight division is still deep enough talent wise but Khabib's camp is concerned with the money they bring. His demands are reasonable though since he has already beaten the highest paid UFC fighter.

No.1 ranked lightweight Tony Ferguson is bound to be the next in line on paper, but Abdelaziz isn't considering it an option right now. The two had a brief exchange on Twitter, shrugging off a possible challenge from El Cucuy.

If money is the issue, Khabib vs Conor 2 will surely bring in more than the first meeting. A rematch should be the first priority once tensions ease.

There is already drama the first time around, and will even be more intense after the events that took place at UFC 229. McGregor had words to say as well prior to the first fight and Khabib would definitely want to clear his name.

In all fairness, the whole world owes Khabib time to explain and enumerate.

Who do you want to see Khabib fight next? Will Khabib vs Conor 2 happen? Leave a comment and let us know your thoughts.