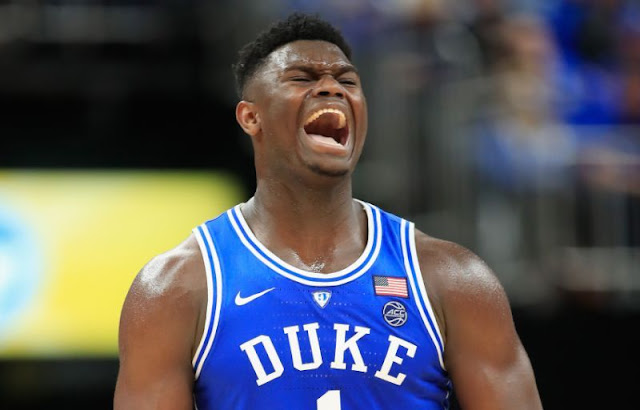 Zion Williamson showed the world that the hype for his is real as he made his College Basketball debut..

Williamson scored 28 points and added seven rebounds in his first college game, as No.4 ranked Duke beat No.2 ranked University of Kentucky.

Williamson has been a highly touted prospect since he was a high school freshman. His ridiculous speed and vertical leap is what impressed scouts the most.

He joined fellow top recruits R.J. Barrett and Cameron Reddish to form a formidable trio at Duke. Williamson's impressive showing against Kentucky despite splitting touches with Barrett is a testament to his upside as a scorer.

Williamson, together with Barrett have made probably one of the best freshmen debuts in college basketball.

Sky is the limit for Williamson

Barrett has already been called the most advanced college player but Williamson has a ton of upside as well.

Williamson has only played one game as the NCAA Basketball season opens but he was playing like it is already March Madness.

His performance against one of the best NCAA teams in years is proof that the sky is the limit for the 18 year old.

Williamson is most likely going pro after his freshman year, which will definitely help his future basketball wise. Having him train in a more structured format while he is still growing will give him a chance to adapt is strengths to an NBA game.

Besides, any college which Williamson could have chosen to play for could already have been favorites the moment season starts.

Is Zion Williamson for real? Will he and R.J Barrett lead Duke to another NCAA title? Leave a comment and we like to hear from you.