Carmelo Anthony: Out of Houston? 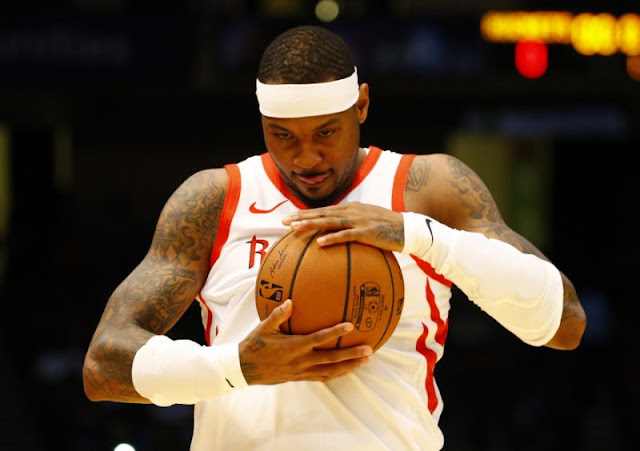 It looks like Houston Rockets star Carmelo Anthony will have to find a new home early into the 2018-2019 NBA season.

The 10-time All Star has been a non-factor for the Rockets, who currently sit at the 12th spot in the Western Conference with a 5-7 record.

Reports say that Anthony has been informed by team management that his short stint with the team will soon be ending. The Rockets have denied such rumors.

However, Anthony has been listed as "out" due to illness in their game against Indiana. Does this mean the team is working out a deal?


Melo on the move?

Melo has seen a huge dip in his scoring output since joining the Rockets. He currently averages 13.4 points per game in his 10 games wearing a Rockets uniform.

Aside from his career low averages on all categories, Anthony still remains a liability on the other end of the floor due to his lack of commitment on defense.

Boston Celtics' guard Kyrie Irving was quoted saying "it would be nice if we had someone that was a 15-year vet, a 14-year vet.

Irving did not specifically mention who but signs point to the 34-year old Anthony. Is Irving courting Melo for the Celtics?

Another is that the Philadelphia 76ers are looking into beefing up their roster even more by adding Anthony. Melo to the Sixers will help fill in the void left after the team dealt Dario Saric to acquire All Star Jimmy Butler.


Is Melo still an impact player?

Whichever team Anthony ends up with, or even if he ends up staying with the Rockets, it is him who has to improve his output.

It is already evident that Melo has not made an impact for the struggling Rockets, who are currently 5-7 right now and experiencing a dip in terms of offensive production.

He is obviously not the player he once was in Denver and in New York but at least he can make the most out of his declining prime.

Maybe coming off the bench for the first time in his career made an impact on his motivation?

Where is Melo headed? Leave a comment and let us know your thoughts.