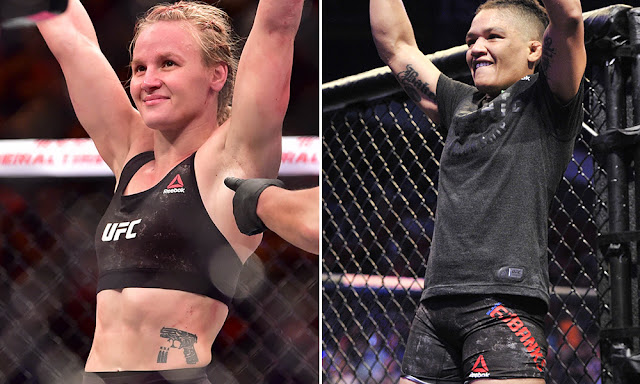 It has just been announced that Valentina Shevchenko will take on Sijara Eubanks for the vacant women's flyweight title at UFC 230 in Madison Square Garden.

After injuries and disputes, the UFC 230 card finally gets a main event. The decision was met with harsh criticism and negative reaction from analysts and fans alike.

Brett Okamoto of ESPN broke the news in a tweet earlier today.

Unlike Shevchenko who has is relatively known in every sport she participated in, Eubanks remains a mystery to MMA fans and analysts alike.

She was part of Season 26 of The Ultimate Fighter, where the winner becomes the inaugural women's flyweight champion.

Eubanks was seeded no.12 in the competition but managed to make it to the semifinal before losing to then finalist and no.1 seed Roxanne Modafferi.

No.14 seed Nicco Montaño won the competition to become the first UFC women's flyweight champion, before being subsequently stripped of the title for inability to defend.

Eubanks has had one fight since her TUF stint as she beat Lauren Murphy via unanimous decision last June.

What to expect in the match

Shevchenko (15-3) is the odds on favorite to win this match the same way she was as the supposed challenger in the cancelled bout against then champion Montaño. Eubanks (3-2) is a heavy underdog due to being relatively unknown as for now.

Eubanks has a chance to prove herself as she now jumps to the main event of a stacked UFC 230 card. A black belt in Brazilian Jiu Jitsu, Eubanks also possesses power in her strikes as two of her three wins came by way of TKO.

Shevchenko on the other hand is very well rounded as she has finished opponents both by way of TKO or Submission. Her stand up game might pose problems for Eubanks as she happens to be more advanced in that field.

Overall, Shevchenko is expected to dominate this match unless Eubanks finds a way to use her power to assume a dominant position on the ground.

This match is going to be way better than expected as long as Eubanks manages to keep things competitive against a more experienced Shevchenko.

Is Shevchenko vs Eubanks worthy of main eventing UFC 230? Will this turn out better than expected? Let us know what you think about the match.