Ronaldo Leads Juventus to Victory in Return to Old Trafford 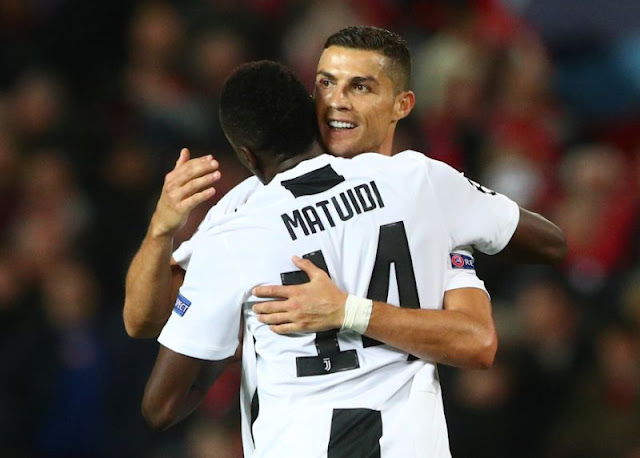 Cristiano Ronaldo had an impressive showing in his return to Old Trafford when Juventus faced Manchester United in a Champions League game.

The Portugese star was sold by Manchester United to Real Madrid a decade ago for a world record fee. Ronaldo signed a four-year contract with Juventus back in July.

Ronaldo returned to a familiar environment, where he spent his transition years from prodigy to star in the making. His six years with Manchester United were a mere preview of the worldwide sensation we saw once Ronaldo transferred to Real Madrid.

There was also a familiar face as Manchester United team manager Jose Mourinho used to be Ronaldo's manager at Real Madrid from 2010-2013.

Juventus mad their mark early. Ronaldo sent a low cross which bounced off a teammate and fell into attacker Paulo Dybala, who converts at the 17th minute.

The top Serie A team this season had their formations figured out as they ran circles around Manchester United. United have struggled to be on the same page for a while now as they continue their struggles under Mourinho's coaching.

Ronaldo had two good looks in the game but both were parried by Manchester United goalkeeper David De Gea.

Despite a low scoring game, Juventus still managed to impress, dominating on possession by an astinishing 60 percent. Manchester United have one of the most talented young midfields in Premier League but Juventus just ran the ball through them on passes.

This win for Juventus is definitely going to be a cause for concern for Mourihno and his squad at Old Trafford.

Do you think Ronaldo did enough to impress in his return to Old Trafford? Leave a comment and let us know your thoughts.