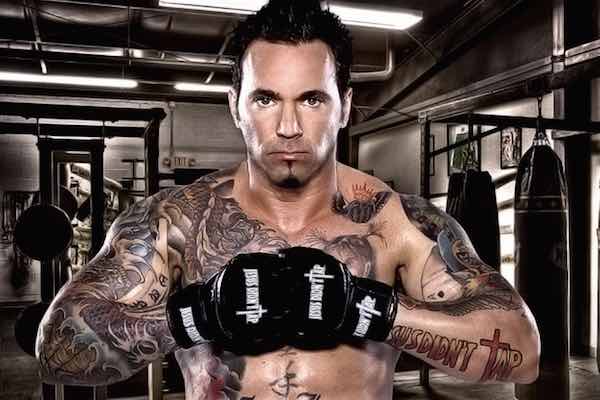 The Power Rangers actor has continued to call out the former professional wrestler.


Beefing for quite some time now

This ongoing feud between Frank and Punk has been happening for quite some time now. Frank, an amateur MMA fighter has made the challenge ever since Punk made his intentions clear that he wants to fight in the UFC.

He continued to taunt Punk by making a mockery out of professional wrestling, as well as planning out a strategy to defeat the former WWE superstar. Punk on the other hand chose to be unresponsive instead of engaging.

Frank has said in a Facebook post earlier this year that he wants to merge his fans and Professional Wrestling fans of CM Punk through a fight. He even went as far as saying that the world wants to see such fight.

"I don't understand why you're no fighting me.. millions of fans around the world want to watch me fight you," Frank said.

Frank saw Punk at the New York Comic-Con, where he wanted to extend a greeting but was shut down however by the UFC fighter.

Punk then participated in the True Indie: Life and Death in Filmmaking panel, where he was asked about a potential fight with Frank. Punk would once again shut down such talk by saying "I will not consider fighting any YouTube Celebrities."

A match between Frank and Punk seems like a long shot but if this happens, it may not pan out as Frank sees it.

First, Frank is technically still an amateur in the sport of Mixed Martial Arts, having only one MMA fight which was more than eight years ago.

Second, Punk is still under contract with the UFC and a third fight under them might still be unlikely after two straight losses.

If history indicates, fellow wrestler Dave Batista tried his hand in MMA, back when his WWE star power was still fresh. Nobody cared to watch it, especially as it was outside the UFC.

Since a showdown between the two is unlikely to happen inside the octagon, it wouldn't sell out elsewhere as well.

So who will win shall circumstances lead to the impossible? Nobody really knows.

Is Frank vs Punk a long shot from happening? Who do you think is better? Let us know what you think about a potential match between the two.