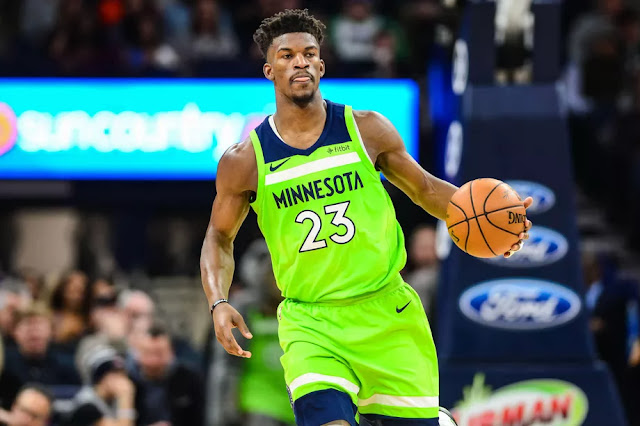 Multiple teams are interested in the services of All Star guard Jimmy Butler. The Minnesota Timberwolves player has been openly expressing that he wants out and is looking to be traded.

Teams such as the  Miami Heat, Milwaukee Bucks, Houston Rockets and the Los Angeles Clippers are all interested in acquiring Butler's services.

The Timberwolves have been reaching out first to teams the moment Butler expressed his displeasure, particularly with teammates Karl-Anthony Towns and Andrew Wiggins.

The team were willing to grant his request as they initially offered him to the Philadelphia 76ers in exchange of Ben Simmons. They were rejected.

Then, the Timberwolves reached out to the Milwaukee Bucks as they offered Butler in exchange for Khris Middleton. The trade made sense but didn't push through due to salary cap rules and the team's hesitation to part with Middleton.

The Miami Heat are in hot pursuit of Butler, who stated that he wants to play there. The Heat are aggressively pushing the Timberwolves to accept however, the deal seems one sided.

The team isn't willing to part with future assets such as Josh Richardson, nor Bam Adebayo but have made both Goran Dragic and Hassan Whiteside available.

Dragic and Whiteside for Butler will not work salary cap wise but will work if the trade becomes one-for-one. The only problem here is that neither Dragic, nor Whiteside is nearly as valuable as Butler in terms of current production.

The Rockets on the other hand have Eric Gordon and PJ Tucker to offer as they too want Butler on their team.

The Bucks may not be willing to trade Middleton, but have Eric Bledsoe and Malcolm Brogdon to offer. Though it works salary cap wise, it doesn't make sense adding two more point guards to a team that already has three on rotation.

T'Wolves not pressed for time

The Timberwolves aren't pressed for time right now as they still have Karl-Anthony Towns and a couple of key players to deliver for the team. They are most likely going to sit Butler out the same way Kawhi Leonard did with the Spurs last season.

As much as they are willing to grant Butler his wish to play elsewhere, they also have to be logical and wait for a team to make an offer equal to Butler's value.

Right now, lets just sit back and wait as an eventual Jimmy Butler trade will definitely shake up both teams that are to be involved.

Where will Jimmy Butler land next season? Which trade offer makes sense? We want to know your thoughts.