Lakers Fall to 0-3 After Loss to Spurs in OT 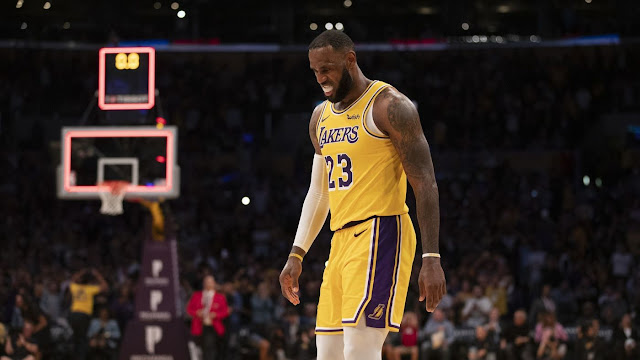 Lebron James' heroics at the end of regulation were canceled out by a couple of missed free throws as the Los Angeles Lakers fall to 0-3 after losing to the San Antonio Spurs.

The Lakers were poised for an epic comeback after an 8-0 run, capped by a 3-pointer by James in the final minute of play to send the game into overtime.

It was in the extra period however that James' heroic act would be tarnished by pressure. The Lakers were up by one point with 12.8 seconds remaining in overtime when James missed a pair of crucial free throws

Spurs guard Patty Mills then took matters into his own hands with a beautifully designed play and sank a jumper, putting his team up by one point with 6.8 seconds left.

James had a good look from long range but did not go in, giving the Spurs a win with the final score of 143-142 in overtime.


Who is to blame for the loss?

For one, James' efforts are to be given credit as he is indeed the one expected to deliver in those kinds of situations.

It was the lack of initiative from other Lakers players to step up which might have led to the loss. On the other end, the Spurs had other players stepping up such as Mills, who's efforts paid of down the stretch.

The Lakers also had a huge lapse on defense in the extra period, allowing the Spurs to ignite a 7-0 run in the final minute.

Lakers coach Luke Walton put the blame on officials for allegedly favoring flopping players over those who receive a lot more contact driving to the basket.

Despite a disappointing 3-0 start from the Lakers, James still remains optimistic that the team will get better as the season progresses. He is looking at the bigger picture and considers everything as part of "a long process."

Unlike the star studded lineup he set up in Cleveland a season ago, James seems to like the direction this current build is going. They just need enough to stay in the hunt for a playoff spot.

Will the Lakers end this season on a winning note? Is their current record of 0-3 a cause of concern? Let us know your thoughts.