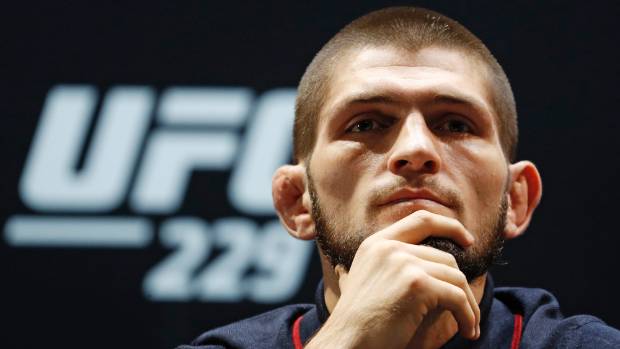 UFC Lightweight champion Khabib Nurmagedov has a bone to pick with UFC officials. He now threatens to leave the company shall they continue with what he considers a "double standard."

In a lengthy Instagram post, Khabib held nothing back in expressing what he feels about the UFC right now.

First, Khabib reminded UFC officials of the incident in Brooklyn where Conor McGregor attacked the bus and injured some of the people on board.

He also said that the UFC did nothing when McGregor spoke ill about his homeland, his religion, and even his family.

The UFC Lightweight champion also went to the aid of his teammate Zubaira Tukhugov, who's fight was not only cancelled, but also faces possible dismissal from the UFC for his part in the incident.

"You cancelled Zubaira's fight and you want to dismiss him just because he hit Conor. But don't forget that it was Conor who had hit my another brother FIRST, just check the video.," Khabib said.

Will Khabib leave the UFC?

Towards the end of the post, Khabib said that "if you decide to fire him, you should know that you'll lose me too."

This implies that Khabib has no qualms of leaving the UFC shall they decide to push through with their sanctions. He even talked about a "broken contract" and how he will not hesitate to break it himself.

Khabib is even willing to forego his $2 million fight purse, which was being withheld following the incident.

"You can keep my money that you are withholding. You are pretty busy with that, I hope it won't get stuck in your throat," Khabib said.

All parties involved have yet to come up with a final resolution for the issue.

Rest assured, the UFC might consider stepping aside for Khabib after being exposed for their leniency for the other party involved.

Will Khabib Nurmagomedov leave the UFC? What resolution will the UFC come up with? We want to hear from you about what you think.