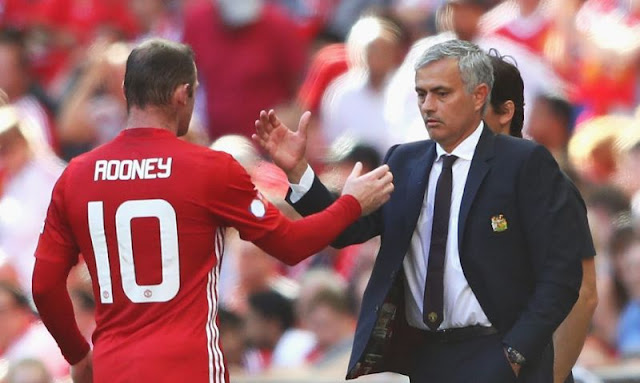 Former Manchester United star Wayne Rooney blames the current team as the reason why they have a poor start to their Premier League season.

The Red Devils' all time leading goalscorer believes that the players should be the one to take the blame, instead of pinning it all on team manager Jose Mourinho.

Rooney believes that the players have to stand up and be counted on to be better.

In an interview with The Telegraph, Rooney said that "It has been a tough start to the season. I know Jose is getting a load of stick but I said a few weeks ago, the players have to stand up. They have to be counted and they have to do better."

Furthermore, he explained that "the manager can do so much but then it is down to the players on the pitch to produce and probably collectively."

Rooney claimed to have said the same thing back when he was with Manchester United. He didn't feel that his teammates performed to the best of their abilities back when Louis Van Gaal was team manager.

Despite now being with D.C. United, Rooney still expresses concern every now and then for the team that paved the path for him to be considered one of the all-time greats.

No secrets in Old Trafford

Manchester United players have openly showed their disdain for Mourinho and are not holding back. Current star Paul Pogba has been calling people out on the media every chance he gets.

Mourinho is capable of turning things around but he has to keep his players on board as he does so. The team has faced scrutiny from the fans and players alike regarding issues at Old Trafford.

If Mourinho is able to create an "us versus them" mentality like Sir Alex Ferguson implemented when he was with the team, the Red Devils can restore the prestige that they always had but never shown as of late.

As one of the greatest United players of all time, Rooney is right when he says putting all the blame on the team manager is just not fair.

Is Jose Mourinho to blame for Manchester United's woes? Should the players take more blame than they are getting? Let us know what you think.