Dwight Howard Questionable for Season Opener Against the Heat 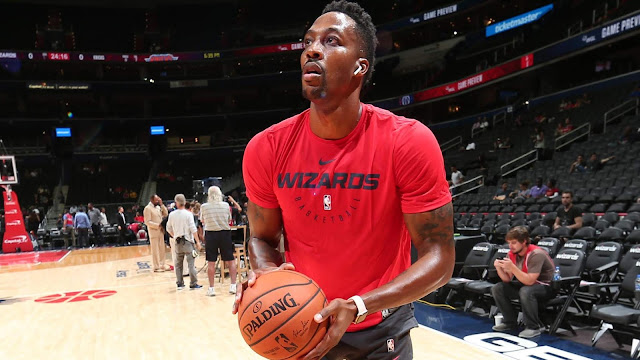 Washington Wizards center Dwight Howard has been receiving treatment for pain on his lower back. The big man was given some pain-relieving injection on Monday.

This now raises questions whether or not Howard will be available as the Wizards face the Pistons on opening night.

Howard has been dealing with the injury all throughout this preseason as he was forced on the sidelines for the team's practices, as well as the preseason games.

He was in attendance for the Wizards' preseason game against the Knicks but had to be flown back to D.C. for treatment on his back.

According to Candice Buckner of The Washington Post, Howard will be staying in D.C. while the team continues its trip on the road as they face the Detroit Pistons.

The severity of Howard's back injury is unknown but Buckner reports that Howard was feeling soreness on his back even after just a light workout with team coaches.

Wizards' coach Scott Brooks remains optimistic that Howard will be back by early next week after seeking treatment. "I don't know what that means for the first game, but we're just gonna take it day by day," Brooks said.


What the Wizards will miss

The Wizards will wrap up their preseason with a home game against the Guangzhou Long Lions from the Chinese Basketball League.

After that, they have a five day break before season starts on October 18, where they will be hosting the Miami Heat for their season opener.

The team will rely on John Wall and Bradley Beal to match the Heat's backcourt tandem of Goran Dragic and Dwyane Wade but will miss the services of an interior force, especially after trading away center Marcin Gortat.

Howard's absence will affect the Wizards' interior defense, especially with Heat big men such as Hassan Whiteside and Bam Adebayo looking to dominate the paint.

The Wizards will definitely be missing that inside force they usually had, especially with a rotation of Ian Mahimni, Jason Smith, and Lavoy Allen at the 5. Those three bigs aren't known to be imposing forces down under.

With all this in mind, Wizards fans hope Howard will have a speedy recovery.

Will Dwight Howard be able to play for the Wizards in their season opener? How much will the Wizards miss with him on the sidelines? Let us know your thoughts.