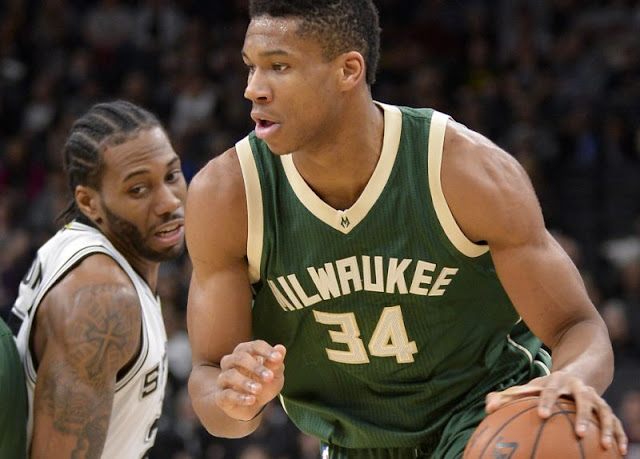 Giannis Antetokounmpo and Kawhi Leonard will not suit up for their respective teams as the Milwaukee Bucks and the Toronto Raptors go head-to-head.

Both NBA All Stars will miss Monday's marquee match up where both teams are the only two teams that remain undefeated. Both the Bucks and the Raptors sport an identical 6-0 record.


Huge loss for both teams

Leonard was the first confirmed to miss the Raptors' next game. Shams Charania from The Athletic said in a tweet that the team is resting their star for the game against the Bucks. The reason for it was not disclosed.

A possible reason for the team's decision to rest their star is that Leonard has had issues with lingering pain on his quadriceps in the past. Resting him for Monday's game will make him more likely to be 100 percent as they face the Philadelphia 76ers the next day.

As for the Bucks, their situation is possibly more serious as Antetokounmpo is dealing with a possible concussion after suffering a blow to the head in their game against the Orlando magic. He underwent tests and was diagnosed with a head contusion.

Antetokounmpo was cleared on Saturday night, but complained about a lingering headache on Monday. He entered NBA concussion protocol as the team stated. The Bucks' next game is against the Boston Celtics, which gives their star time to recover before that game.

Even with the ample time to rest, Antetokounmpo's status for the Celtics game is still uncertain.

Fans will have to wait

NBA fans were anticipating the huge match up as both Antetokounmpo and Leonard have shown spectacular play early in the season. The two have also been early favorites to win Most Valuable Player.

Fans wanted to see a potential showdown of Giannis vs Kawhi but will have to wait instead. The stakes will surely not be the same however as only one team will come out unbeaten by the end of the night.

Who will stay unbeaten?

Khris Middleton has played spectacularly for the Bucks this season as he has become more comfortable shooting off the dribble. Other than Antetokonmpo and Middleton, the Bucks have also gotten decent production from Brook Lopez and Eric Bledsoe.

As for the Raptors, they have relied heavily on Kawhi's production, but has seen a resurgence in guard Kyle Lowry, who seems to have gotten back his usual rhythm. Danny Green and Serge Ibaka have also contributed but not as much as they are expected to.

On paper, the Bucks have a deeper rotation with Malcolm Brogdon, John Henson, Ersan Ilyasova, and rookie Donte DiVincenzo, while the Raptors are no sleepers as well with their youngsters trying to make the most out of their playing time when Leonard is on the bench.

The odds are in favor of the Bucks to win, but the key to victory for either team is to find where the mismatch will be.

Who will remain unbeaten by the end of the night? Leave a comment and tell us who you think will win.