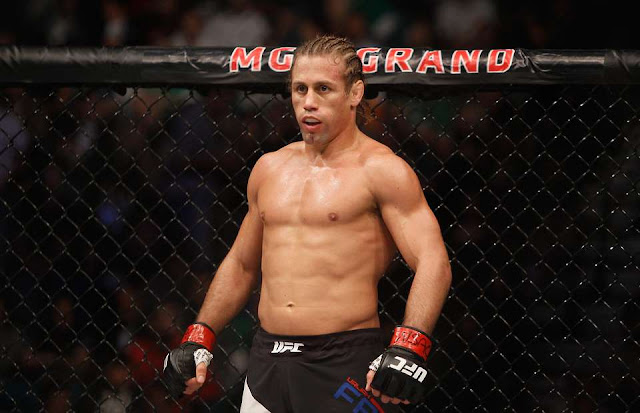 Urijah Faber looks satisfied with his life coaching a new breed of champions but the former UFC Featherweight title contender said he constantly itches to get back in competition.

Right now, Faber is still active in martial arts in a way as he continues to participate in grappling events. In fact, the UFC Hall of Famer is scheduled to compete at next month's Quintet 3 in Las Vegas.

Faber's last MMA fight was back in December 2016 when he went against Brad Pickett at UFC on FOX 22. He decided to hang up his gloves after that fight.


Can Faber hang in today's UFC?

The UFC's landscape has drastically evolved. Gatekeepers have now broken out, while the age of invincibility is almost nonexistent now.

Faber will surely cut through the Top 10 in both the Featherweight and Bantamweight rankings but sitting above him are fighters that already beat him and below are fighters likely to do.

Staying active by consistently training may give him a fighting chance and lessen the element of ring rust but hunger is definitely on the side of the younger counterparts.

In an interview with MMAjunkie, Faber said he could absolutely do more fights but is also enjoying where he currently is at the moment.

Whether or not he decides to give MMA another go, the UFC will definitely welcome back the hall of fame with open arms.

Who wants to see Urijah Faber in the Octagon once again? Do you think one more fight is possible? Leave a comment and let us know your thoughts.