UFC Fighter Paige VanZant is Now Medically Cleared. Who's Next? 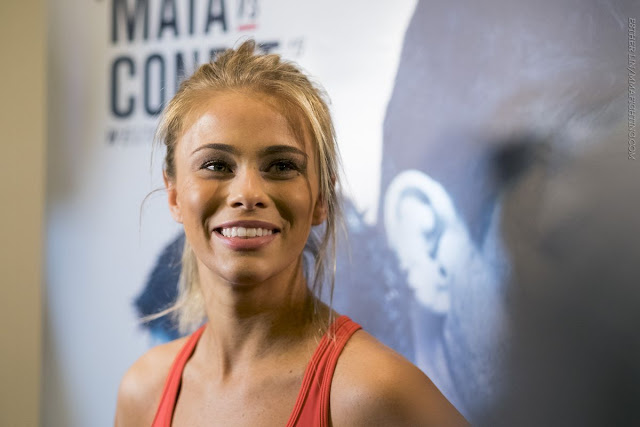 This comes as good news as she prepares for a scheduled fight at the first UFC fight card on ESPN. VanZant's opponent was rumored to be Ultimate Fighter alumna Rachael Ostovich-berdon however, she has denied such rumors.

“I can officially announce, you heard it here first, that I will be taking a fight on Jan. 18 on the first-ever ESPN card. We’re going to be getting an opponent matched up" VanZant said.

The 24-year old women's flyweight will be faced with a tough task of putting on a show at a bigger stage after the UFC and ESPN have reached a network deal. This means that VanZant will now be seen on a national level now more than ever.

Rumored to be her opponent is Rachael Ostovich, who is very active on social media as well. Ostovich has yet to confirm if she is indeed VanZant's scheduled opponent.

The two are both models outside the octagon which is why it would make sense to book the two for a business standpoint.

There aren't a lot of options for VanZant right now, who happens to sit at #14 in the Women's Flyweight rankings.

An interesting matchup for her would be #13 Andrea Lee, which will set up a classic striker vs grappler matchup. The only problem is that Lee has a scheduled match against Jessica Rose-Clark (VanZant's last opponent) in December.

Another option is Jennifer Maia, who sits at #15 in the rankings. Like Lee, Maia is a striker, which would make things interesting for VanZant.

Like VanZant, Maia also lost her last fight to Liz Carmouche last July. She has no scheduled fight at the moment which makes it possible for the two to fight if not Ostovich.

Who will Paige VanZant face when UFC debuts on ESPN in January 2019? Who do you want her to face? Let us know your thoughts.