Transfer News: Draxler on the move? 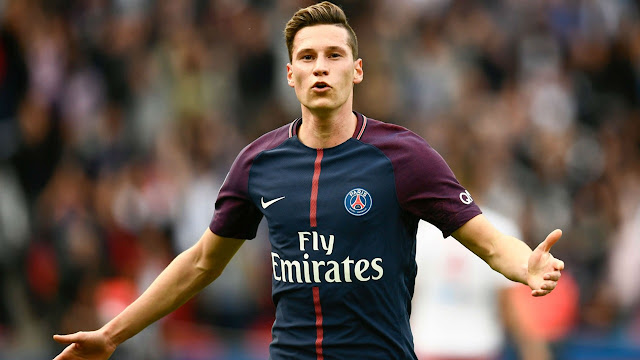 Julian Draxler seems content with Paris Saint-Germain right now however, sources indicate that the German winger is considering a move.

Rumor has it that Draxler is interested in returning home to Bundesliga as a number of teams are interested in his services. Clubs such as Borussia Dortmund, RB Leipzig, and  FC Shalke are said to have been scouting the 24-year old.

What stands out among all interested teams is Bayern Munich, who Draxler has hinted interest in. Although some players are said to be leaving next summer, Draxler insisted that there has been no contact yet.

In an interview with Sport1, Draxler told them that "I never had any contact with Bayern officials [in the summer], and that's why it's currently not an issue." Furthermore, he said "I would neither categorically say no [to and offer] nor would I drop everything."

Despite being played behind Angel Di Maria, Draxler continues to be optimistic about his potential goal in the rotation of Paris Saint-Germain. He remains confident that his playing time will increase over time.

Despite the situation he was facing as a substitute, Draxler managed to still make around 48 appearances last season. He has also come off the bench three times in the four games that the team had this season.

"The situation in Paris is indeed very tough," Draxler said. Furthermore, he said that he's "convinced that I will get those games again this year."

Should Julian Draxler seek greener pastures? Should he stay and see what he is worth with Paris Saint-Germain? Let us know your thoughts.