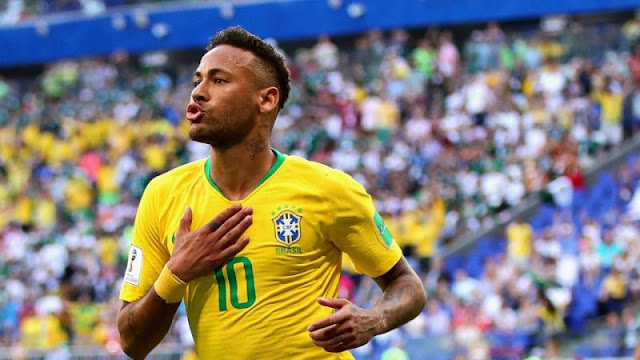 Paris Saint-Germain star Neymar has been named team captain of Brazil ahead of their international friendly match against the United States on Friday.

The 26-year old believes that the responsibility bestowed upon him will be good for his growth. Neymar has been known for his showboating and exaggeration of fouls on the pitch.

When asked about the critics, Neymar said that "I don't have much to say about it. I'm a player who takes the ball 11 times and in 10 times I go straight to the opponent."

Neymar also explained that he suffered a lot of fouls during the World Cup as opponents wouldn't let him pass without giving him a little strike. "It's another lesson I carry with me," Neymar said.

The newly appointed Brazil national football team captain understands that his responsibility is now bigger due to his captaincy.

"I accepted again because I've learned a lot and I will learn much more. and this responsibility will be a good thing for me," Neymar said.

Although Neymar's talents are overshadowed by his taste showboating and highlights, he still is capable of leading the Brazilian national team by example. With the right guidance, being the team captain will be beneficial to his maturity.

Now that he has the added responsibility once again, his first real task to prove himself is at the 2019 Copa America.

Is Neymar the right choice for team captain? Who else should do it lf not him? Let us know your thoughts.