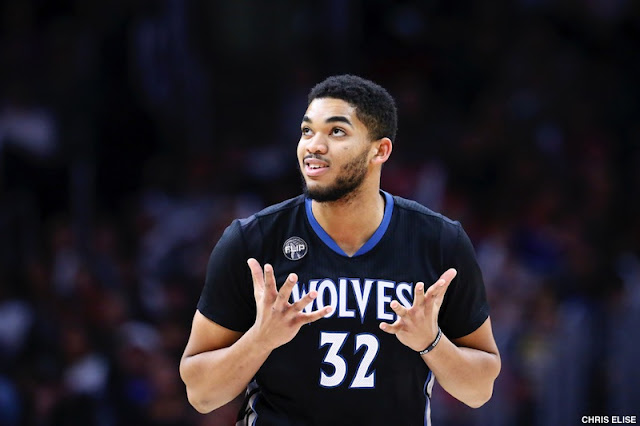 The Minnesota Timberwolves have made their choice of who will represent their franchise in the upcoming years as Karl-Anthony Towns agrees to a 5-year, $190 million super max extension.


Face of the franchise

But despite the allegations, Towns is highly regarded as the man who will soon save the franchise, who has yet to be on the winning side since Kevin Garnett let them to their last playoff run.

"I promise to the fans, my teammates, and the organization to keep the vision of the man who drafted me, Flip Saunders, alive and treat his dream of winning with respect and dignity. To the fans from day one and the Timberwolves fans this is for you. Thank you for believing in me," Towns said.

Unlike Garnett who left for greener pastures in 2007, Towns looks to become part of the Timberwolves franchise for as long as he is needed. Now that Butler is looking to get out as soon as possible, this means that the 22-year old is poised to be the de facto face of the franchise.

Lets just hope he first leads the Timberwolves to their first winning season in a while.

Does Karl-Anthony Towns deserve the "super max" deal? Will he lead Minnesota to their first playoff run in quite a while? Let us know what you think.