Dwyane Wade to Return to Miami for 'One Last Dance' 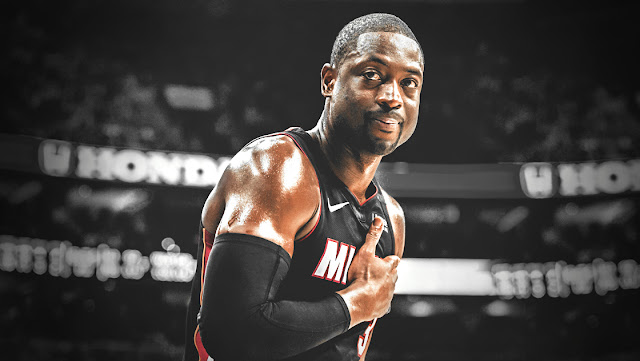 Dwyane Wade has made his decision. The three-time NBA champion will return to the Miami Heat for a 16th NBA season in what he calls "one last dance."

Speculations were running rampant that Wade's first round exit at the hands of the Philadelphia 76ers spelled the final NBA game in an illustrious career. It only took four months for the 12-time all star to decide that he isn't ready to call it quits just yet.

Wade broke the news Sunday evening in a tweet, which also contained a 10-minute video entitled "One Last Dance..." in which he reflected on his journey from a kid in Robbins, Illinois to a decorated NBA career.

Wade has not been an All Star since 2016, which was his last stint with Miami before taking side trips to Chicago (one season) and Cleveland (half season).

His stats took a slight dip playing alongside Jimmy Butler during the 2016-2017 NBA season, which is why it was the latter who got the nod to represent Chicago in the 2017 All Star Game.

Wade's stats started to drop drastically when he signed with Cleveland in 2017. He got relegated to a reserve role, in which he only averaged 11.2 points per game as he played half of the 2017-2018 season with them.

He was then traded to Miami during the trade deadline but the reunion wasn't that sweet as well. He came off the bench behind guys like Dion Waiters, Josh Richardson, Tyler Johnson, who each were considered better options.

The 12-time all star has accepted that the years have caught up with him as he indicated in the video. He promises however to give it all he has got left as he plays his 16th and final NBA season.

The numbers may be deceiving but Wade was able to make do with the very playing limited time he saw coming off the bench for Miami last season. The fire was still in him to provide for his team as much as he can.

Despite the early exit by the Miami Heat in the first round of the 2018 Playoffs, Wade was the one who carried the team coming off the bench in that series. He also managed to average 16.6 points per game in five games as a third option.

The fire in Wade is still there despite all physical tools starting to decline. The intention has been indicated and the plan has been set so one question only remains...

Will the Miami Heat make Wade's "one last dance" count?

What is your favorite Dwyane Wade moment? Let us know in the comments below.