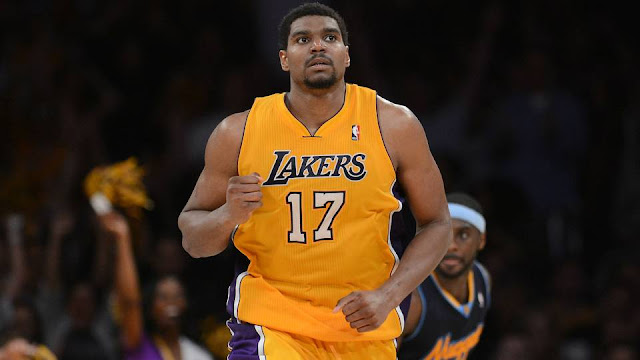 Shams Charania of The Athletic said in a Tweet that the the two-time All Star is attempting to return to the NBA at the age of 30. Bynum has hired an agent and is working out with teams prior to the start of NBA training camp according to the report.

Bynum entered the league at the age of 17 after he was drafted 10th overall in the 2005 NBA draft by the Los Angeles Lakers. He was taken straight out of high school and was part of the Lakers' 2009 and 2010 championship teams.

Bynum has been training with NBA Trainer Chris Johnson, who posted on Instagram a video of the 7-footer shooting threes. Johnson seems optimistic about Bynum's progress and seems confident that his "project" is ready to return to the NBA.

The former lottery pick has had problems with teammates and work ethic during practices in the past. This was an issue that probably led to his short tenures with the Cleveland Cavaliers and the Indiana Pacers despite decent statistics.

If Johnson's posts on social media are any indication, Bynum may be being healthier days but still a question mark shall he sign a contract with an NBA team.

Does he fit in today's NBA?

The 7-foot Bynum has been a traditional post player, who plays best with his back to the basket. He is in the same mold as centers such as Andre Drummond and Dwight Howard however, both compensate with grabbing boards and blocking shots.

Unlike Drummond and Howard however, scoring comes secondary to them as compared to Bynum. If Bynum prioritizes rebounds over scoring, this might cost teams on the offensive end, especially those in need of a second option.

The good thing is, Bynum is now learning to shoot from distance, similar to the transition that Demarcus Cousins underwent. He can still be an asset to teams depending on the consistency of his shooting.

Stretching the floor may also be a good thing for Bynum, who has had a long history of injuries in the past. That way, there will be less banging in the post and more offense outside.

Will Andrew Bynum make a successful NBA return? Will he fit in today's NBA? Tell us what you think.