Will Kostas Antetokounmpo Live Up To Family Name? 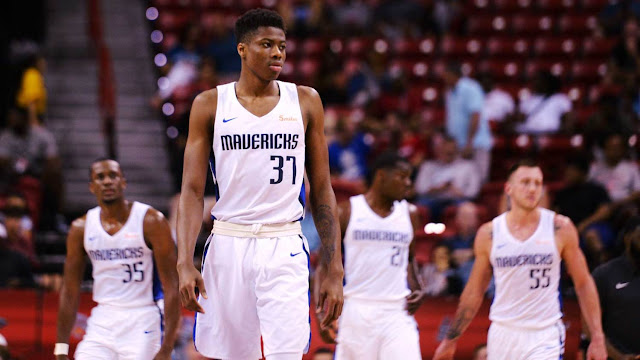 Kostas Antetokounmpo barely made it to the NBA when he was selected as the 60th pick (30th in the 2nd round) in the 2018 NBA Draft. He was drafted in a "make or break" spot, similar to Isaiah Thomas in 2011.

As expected, Kostas was projected as a second rounder due to his college basketball statistics for the University of Dalton. He did not mark impressive numbers at the NBA Draft Combine either which explains why he was drafted that low.

The Philadelphia 76ers originally drafted Kostas but later traded him to the Dallas Mavericks, where he signed a two-way contract.

This means that Kostas will be splitting time with the Mavericks roster and their NBA G League affiliate, the Texas Legends.

The 20-year old Kostas possesses the same tools that his older brother Giannis of the Milwaukee Bucks has. He stands at 6'11 and weighs 195 lb., similar to Giannis when he was that age.

Kostas flashes of his brother Giannis' game in the 2018 NBA Summer League. He already knows how to use his length, which is a good thing for him.

His good genes have yet to be enhanced by the grind of NBA-level training but to get to that point, he must impress in the very little playing time he will be receiving.

Kostas must also develop his strength through proper strength and conditioning, similar to what his brother Giannis has undergone. He already has the explosiveness but not yet the strength to power through.

He would not have too many chances to prove himself on the court though which is why he  needs to impress during training sessions and team practices.

Will Kostas live up to his family name?

Its not like another brother did not try it in the past yet. Thanasis, the second of the "Antetokoubros" as they would call it, split time with the New York Knicks and their G League affiliate the Westchester Knicks.

Thanasis' struggles were more of the minutes given to him rather than his actual basketball ability. He now plays back in his home country of Greece, where he is treated like a star.

The problem now that Kostas is facing is his spot on the Mavericks' rotation. Signs point to him being buried in the rotation, especially with the arrivals of another European sensation in rookie Luka Doncic (via trade) and All-NBA center Deandre Jordan (via free agency).

Giannis struggled with playing time in his rookie season as well however, the Bucks were already grooming him as the face of their franchise behind the scenes.

As for Kostas, his shot blocking ability and passing are what he can immediately provide whenever on the Mavericks roster. He still has to work on his offensive arsenal if he wants to work his way up the rotation.

As for his future G League stints, they wouldn't mean anything in NBA games. Players may average double-doubles in the G League but still be a benchwarmer in NBA games.

So to answer the question if Kostas can live up to his family name, yes he can but it wouldn't be as easy as his brother Giannis'.

Will Kostas Antetokounmpo be a star in the NBA? Will he live up to his family name? Let us know your thoughts.