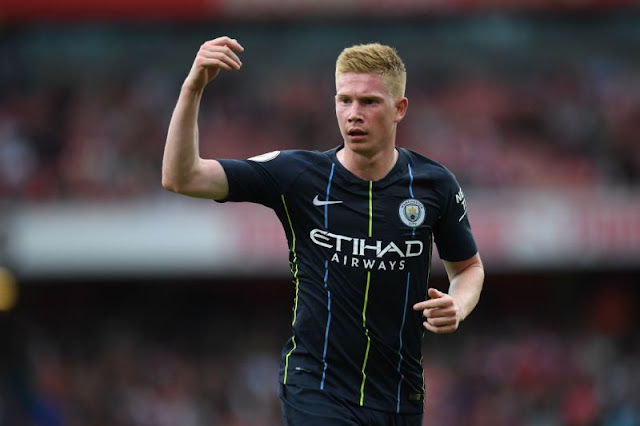 Manchester City's Kevin De Bruyne will have to spend more time on the sidelines. It was reported that the midfielder had suffered an injury to his right knee while in training.

Although the team did not disclose any more information, multiple reports suggest that the timetable for De Bruyne's return will be around two to three months.


How serious is the injury?

The 27-year old De Bruyne is reportedly on crutches which suggest that he suffered a damage to one of his ligaments. According to Goal.com, De Bruyne may have sustained the same injury that kept him out for 10 weeks back in 2016.

De Bruyne will be seeing a specialist in Barcelona on top of his initial assessments in Manchester.

De Bruyne was a key in Manchester City's Premier League title last season. The team's record-breaking feat, as well as being considered the "greatest Premiere League team" was a huge accomplishment thanks in part to De Bruyne's efforts.

The midfielder was also a key in Belgium's good run at the 2018 FIFA World Cup in which they finished 3rd. De Bruyne had to play an extended season spanning 72 games in accomplishing such.

De Bruyne's absence leaves Manchester City with only David Silva, Bernardo Silva, and Ilkay Gundogan at midfield. Despite the loss, the team still boasts a solid lineup at midfield and can put up with any Premier League team.

An injury to one of their key players is just a minor setback but they still have the necessary tools to contend this season.


What do you think about De Bruyne's injury? Will it affect Manchester City's bid for another title at all? Let us know your thoughts.