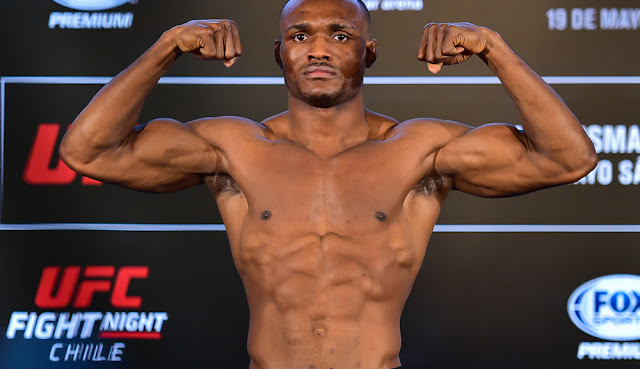 UFC Welterweight Champion Tyron Woodley will defend his title against no. 2 ranked Daren Till at UFC 228. The fight is scheduled to take place at the American Airlines Center in Dallas, Texas on September 8.

Although the buildup leading to the fight has already been an interesting one this early. The only problem the two are facing is if one fighter fails to make weight.

Although Woodley walks around with much more weight, it is Till that has problems with his weight cut. Till has missed weight in his last fight agains Stephen "Wonderboy" Thompson.

Ultimate Fighter Season 21 winner Kamaru Usman was named as a back-up plan for the UFC shall one of the competitors fail to make weight, or get injured. Usman is still undefeated in the UFC and is currently the no. 6 ranked welterweight in his division.

Usman will be going through the same process as Woodley and Till. He will be required to submit paperworks for licensing, as well as make weight on the day of the UFC 228 official weigh in.

"The Nigerian Nightmare" is currently is coming off a Unanimous Decision victory over Demian Maia last May.

The UFC has started implementing back up plans for title fights when one fighter fails to make weight. This assures that the sanctioned MMA fight will still have the title defended.

This is also a good move by the UFC as they exercise necessary precautions to avoid negative backlash. It also makes matchmaking interesting especially with anything, even a late notice win possible in the world of Mixed Martial Arts.

This also eliminates the "late notices" for title fights and gives a contending fighter a chance to prepare as well.

Is Kamaru Usman the best choice to step in? Will we see "The Nigerian Nightmare" at UFC 228? Let us know your thoughts.