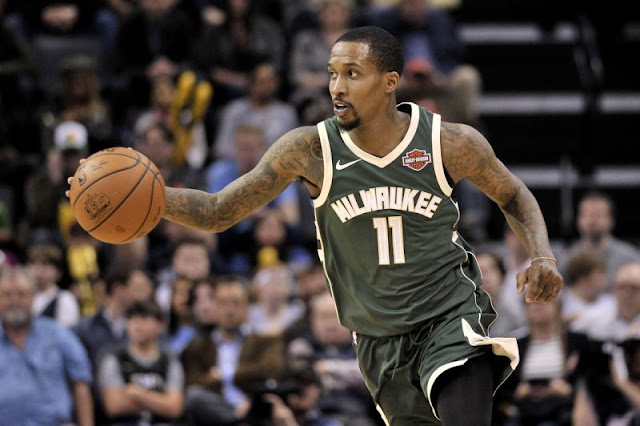 Former Milwaukee Bucks guard Brandon Jennings signs with Zenit St. Petersburg of the Russian Premier League. This comes after the Bucks decided to waive him after a brief return in the middle of last season.

This marks the second time Jennings will be playing in Europe after deciding to forego his NCAA eligibility in 2008 in order to play professionally overseas. Jennings has also spent time in the Chinese Basketball League in 2017.

There were speculations that Jennings will be returning in Europe after being waived by the Bucks last August 1. Nikos Varlas from Eurohoops.net first reported that the 28-year old is expected to make a return to Europe and play for Zenit St. Petersburg.

The team later confirmed the signing on their website citing a common vision for the future between Jennings and the management.

This will give Jennings a ton of exposure as Zenit not only competes in Russia's top domestic league, but also the Eurocup which is a tier below the Euroleague.

Can Jennings revive his career in Europe?

Europe is where Jennings started his professional career as a 19-year old fresh out of high school. He played for Lottomatica Roma in the Euroleague however, he averaged 7.6 points per game playing on limited minutes during the 2008-2009 season.

His unimpressive first stint in Europe did not hurt his draft stock though as he still managed to be a Top 10 pick in the 2009 NBA Draft. His best NBA game was back in his rookie year with the Bucks where he scored 55 points in a win against the Golden State Warriors.

Now 29, Jennings brings back to Europe a ton of NBA experience. Though he will only be facing top level competition in Europe, his game will surely be a good marketing tool for a team such as Zenit.

Just like Stephen Marbury and Jimmer Fredette in China, Jennings will have a chance to prove he is indeed NBA caliber shall he dominate. An unimpressive performance would dim his hopes of ever coming back to the NBA.

An impressive performance however does not constitute to an NBA return. Like Marbury, there is also a possibility of becoming a legend in his adopted country.

Will we ever see Brandon Jennings back in the NBA? or will he become a legend in Russia?  Let us know what you think.