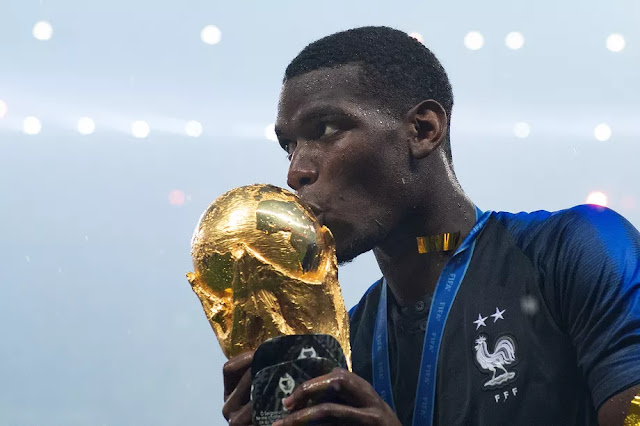 Journalist Toni Juanmarti from Diario SPORT reports that FC Barcelona is working on a big name signing “in secret”. Although Juanmarti did not specify who as there are a number of names that are being leaked.

Speculations are being made however that the supposed "big name" is none other that Manchester United midfielder Paul Pogba. Éric Abidal, Barcelona’s new sporting director, happens to be French as well and the two are said to have a good relationship.

According to Juanmarti, “Paulinho’s exit leaves space for a first-class midfielder. And with first-class cost, too.”

Filling in the need

Juanmarti wrote that “The club knows that Real Madrid will strengthen and they are thinking about answering [their president, Florentino Pérez].”

There are only hints that a big name midfielder may be one of their top candidates. One that has not been mentioned much before and has good ties with Abidal.

All of those signs only point to Manchester United’s Paul Pogba, who has also just won FIFA World Cup alongside France. His relationship with FC Barcelona's manager is said to be on a personal level.
Abidal claims that Pogba was ready to come to Barcelona as early as 2015. which Joan Laporta promised when he ran for president. Josep Maria Bartomeu won which is why the Pogba deal never came underway.

“I have had a relationship [with Pogba] for many years” said Abidal. Furthermore, he said that they exchange messages and work on projects and ideas.

According to Pogba’s agent Mino Raiola, his client would be “delighted” to leave Manchester United as reported by Fernando Polo in Mundo Deportivo. Polo also mentioned that the biggest problem the team was facing is from a financial standpoint.
He also mentioned that the move can be completed if Pogba's price goes down, which doesn’t seem to be the case.”

Will Pogba make the move to Camp Nou? Leave a comment and let us know if you want to see it happen.