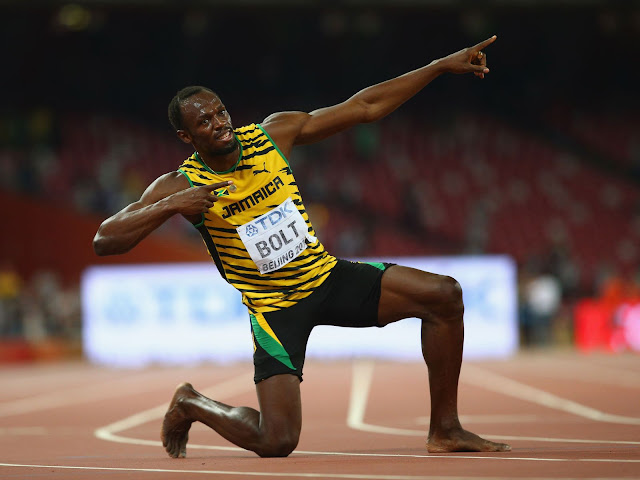 Eight-time Olympic gold medallist Usain Bolt is in talks to play Football in Australia. It will be a six-week trial according to his agent Tony Rallis.
Bolt will possibly play for one season with the Central Coast Mariners, starting next month. This means that he will possibly play a season of Football in Australia's A-League.
"A deal between the Mariners and Usain Bolt in principle has been agreed", Rallis said. Furthermore, he said that Bolt will also be required to trial and and that Football Federation Australia (FFA) should support his salary.
According to Rallis, the owner of the Mariners would guarantee 70% of Bolt's salary upon which, the FFA will be expected to fund the remaining 30%. Rallis also said that shall the FFA agree to be part of the process, that is the time they will be going to the trial.

Bringing in some accolades

Although it is the track that he excels in the most, always had the ambition to play professional football for a long time now.
Bolt has retired from the track in 2017 which at 31, is still left with a number of options in the world of sports. He has trialed for German team Borussia Dortmund from the Bundesliga and Norweigian team Stromsgodset from the Eliteserien league.
He played as a forward for Stromsgodset as a forward in a friendly match. The team faced the Norway national under-19 football team in back June.
With a high profile name such as Bolt possibly playing in Australia, this will give their A-League a name with a higher profile. It is all possible if Bolt probes to be competitive according to Rallis.
"He will create dreams for young people and he will give the a profile no amount of money can buy", Rallis said.

A huge interest in multiple sports

In an interview with UK newspaper The Guardian, Bolt said it would be a dream come true for him to get to play for Manchester United. He has expressed his desire to play for the team if given a chance.

Bolt is also interested in Cricket and could have been a fast bowler had he not become a sprinter.

Do you think Bolt will be a good football player? Let us know your thoughts in the comments below.