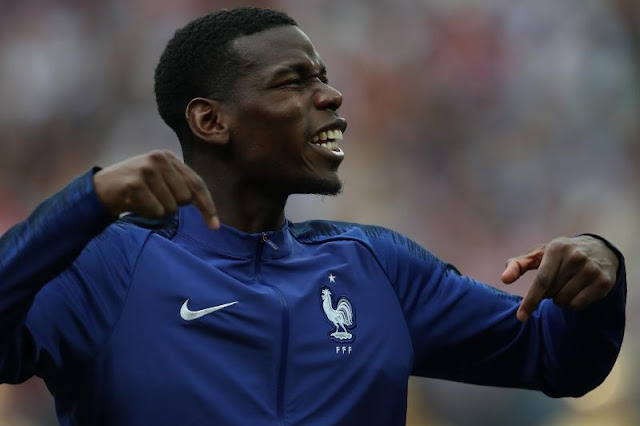 Manchester United manager Jose Mourinho has placed added pressure on his star Paul Pogba to deliver this season. This comes in the light of a good showing for the midfielder at the FIFA World Cup, in which his country France won the tournament.
Mourinho hopes Pogba continues to produce the same performance as he returns to Old Trafford this season.

"I don't think it's about us getting the best out of him," said Mourinho. Furthermore, he stressed out that Pogba tends to lose focus and concentration.

Pogba has yet to live up to his €105 million transfer fee which saw him go from Juventus back to Manchester United. He was inconsistent in his first season back with the Red Devils.

The cause for concern here may also be some of the decisions Mourinho has made when it comes to his formations. His more conserved tactics sometimes do not play with Pogba's strengths.

Though Mourinho expects his star to perform like he did in the World Cup, he must also take a page out of what Didier Deschamps did as coach of France. He must implement a realistic setup where the formation allows Pogba to become more involved.

"I think the World Cup is the perfect habitat for a player like him to give the best. Why? Because it's closed for a month, where he can only think about football," said Mourinho

It is obvious how an "all football" set up works well for Pogba as seen in his performance in the World Cup.

Pogba's performance at the World Cup has brought up the hopes of Manchester United fans as they expect him to carry over when he returns to Old Trafford.

If will now be a matter of cohesion between the coach and the player as Pogba is expected to be more of a force now as Manchester United hopes for a successful 2018-19 campaign.


Will Pogba show his World Cup form for Manchester United this 2018? Let us know what you think